Home / Our Blog / The Bean Belt – Coffees from Around the World

The Bean Belt – Coffees from Around the World 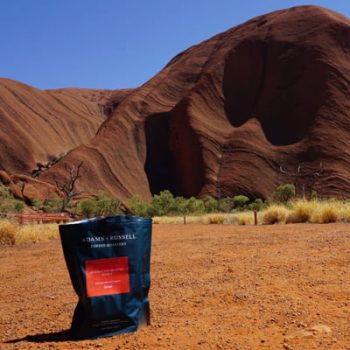 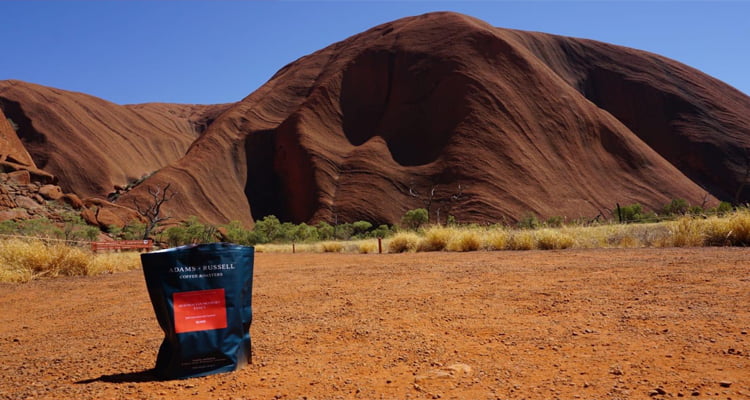 Millions of people around the world drink coffee every day. But do you ever think about where coffee comes from? Which countries make it and how is it grown and produced?

If you would like to have a good answer ready next time someone asks you ‘where does coffee grow in the world?’ then all you need to say is; ‘the Bean Belt.’

In this article we take a quick look at how coffee is made and what sort of climate is needed. Then we discuss the Bean Belt – the real heart of the coffee world!

The Bean Belt covers the regions and countries around the globe that have the climate and other conditions required to grow coffee trees and ultimately to produce the coffee beans that we use every day.

Where coffee comes from

Coffee is made from the dried, roasted and ground beans of the aptly named ‘coffee tree.’ The coffee tree is a short (it is kept that way for easy harvesting) evergreen ‘perennial’ tree that grows waxy leaves.

Coffee trees mainly grow at higher altitudes in areas with rich, high-quality soil and wet tropical climates. To produce the best quality beans they need a moist environment with both rainy and dry seasons occurring throughout the year.

Coffee beans are actually the seeds that grow inside cherries on coffee trees. Once ripe, the cherries are picked and then most of the fruity cherry flesh (called mucilage), stems and other unneeded bits are removed.

The beans are then fermented in the leftover mucilage, which is a process in which the sugars are broken down to produce acids. Even the best coffee beans in the world need proper fermentation to give them a rich and complex flavour.

The specific climate and environment that coffee trees need to grow the best cherries and beans are found in many different countries around the world. But they all share one thing in common – they are all in the Bean Belt.

So what is the Bean Belt?

The Bean Belt is the name given to the collection of countries across the globe that produce most of the coffee that we drink each and every day.

Here are a list of some of the main coffee-producing nations and territories in the coffee Bean Belt arranged by continent:

Each of these countries has areas where the soil, altitude and local climate is ideally suited to growing coffee trees that produce substantial, healthy cherries which will contain rich and flavoursome beans. In the sections below we take a look at each of these regions individually.

Coffees grown in South America are some of the most popular in the world. In general, South American coffees have a lighter body and are usually slightly sweet in flavour. But with such a large number of countries across South and Central America having the right climate and conditions for coffee tree growth, huge variations in flavour can be found.

Brazil is the world’s largest coffee producer, responsible for around a third of total global production, and it has been for over a hundred years! Both arabica and robusta beans are grown in the country, though the crop is primarily arabica, and usually have a mellow flavour that makes them popular all over the world.

Other South American countries grow coffee beans with rarer and more specialised flavours. Colombia for example grows one of the most expensive coffees in the world called Hacienda El Roble. Just 22kg a year are produced, and they are, unsurprisingly, very difficult and costly to get hold of!

Several countries across Asia export large volumes of coffee every year. In India coffee is grown on the hilly slopes of mountain ranges across the country whereas in the Indonesia region high rainforests have the ideal conditions for coffee-growing.

Vietnam in South-East Asia is the world’s second largest exporter of coffee. Inside the country Vietnamese coffee is often served as an iced drink using a long, drip brewing method.

Some Vietnamese beans in each batch are often over-roasted too, giving a slightly bitter hint which, combined with the lengthy traditional brewing process, makes for a strong and full-tasting coffee. This is then usually sweetened with condensed milk or sugar to take the edge off.

Coffee originating from Africa is primarily robusta in the West and arabica in the East. That’s only a very general split however; coffee is grown in several different formulations in countries across the continent meaning Africa can produce some of the best coffee in the world.

Ethiopia and Uganda dominate the market while in West Africa the largest national producer is the Ivory Coast. Other countries in central and southern Africa also produce coffee that is exported in smaller volumes and exhibits many different flavour profiles.

For example, Tanzania’s Peaberry beans are known as some of the strongest coffee in the world, purely in terms the beans’ caffeine content. The actual strength of a coffee is also determined by other factors such as the roast, grind and brewing conditions however.

Coffee from other locations

The coffee Bean Belt map is dominated by regions of South America, Africa and Asia but there are also a handful of other islands and countries with the right conditions to grow great coffee, such as Australia, Hawaii, Puerto Rico and Jamaica.

When people ask ‘where does coffee come from in the world?’ these countries are rarely the first names on the list, but there are many great brands originating from these areas.

In the north of Australia for example there are several coffee producers and farms that create great tasting batches every year. Australian coffee is primarily consumed in the country with only a small amount exported however.

The tropical islands of Puerto Rico, Jamaica and Hawaii also boast significant coffee production. Hawaii for example is the only US state to grow coffee (though Puerto Rico is also an unincorporated territory of the country) and there are over 700 farms on the islands, mainly producing specialty brands in small batches. The largest coffee-producing region is Kona and ‘Kona coffee’ has become a popular brand name for Hawaiian coffee drinkers.

Coffee is one of the most popular drinks around the globe and is only growing in popularity. The beauty of the beverage is that as the Bean Belt covers so many different countries and territories, the sort of flavours and styles of coffee available vary hugely.

You might not be interested in trying the world’s most expensive coffee and you might disagree with all the experts when it comes to choosing the best coffee beans in the world (plenty of the experts disagree with each other anyway!)

But keep an open mind and keep trying new things – your next bag might just be the best coffee in the world as far as you’re concerned. And that’s all that matters!