Home / Our Blog / What is Peaberry Coffee?

What is Peaberry Coffee? 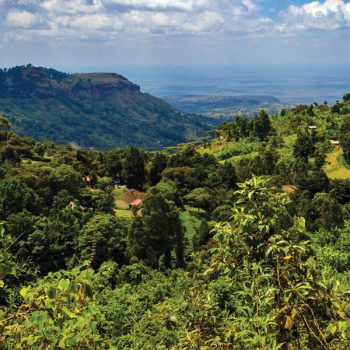 Considered to be superior to the average Arabica bean, Peaberries can make up 5%-10% of a harvest, the Peaberry bean is a natural mutation that occurs when one ovule fails to pollinate allowing more room in the cherry for the coffee bean to grow, this gives us Peaberry coffee!

Peaberries that are sold today under the name of Peaberry coffee are usually grown in higher quality conditions, typically in bigger lots resulting in a focus on overall quality.

Characteristics of Peaberries tend to lean more towards the sweeter flavours offering a brighter acidity with a more complex flavour profile.

Peaberry Coffee at Adams and Russell!

Brazil Peaberry sure is a tasty treat, hailing from the mountains of the Monte Alto estate which is situated in Sao Paolo, this gem of a coffee has recently been tingling tastebuds at the roastery.

The Peaberry Fazenda is a pulped natural coffee, this process was pioneered in Brazil 20 years ago

Produced by the Scognamiglio Ribeiro do Valle family, the Monte Alto region is steeped in rich coffee history in which coffee has been grown for over 130 years. The first coffee plantations were first established in the late 18th century when the original arabica plants were planted by the current owners first ancestor to settle in the area. The region is famous for its coffee where the mountainous terrain and fertile soils offer the ideal growing conditions for coffee. At least 70% of the harvest is completed by hand due to the terrain being unsuitable for machinery to be used.

The Peaberry Fazenda is a pulped natural coffee, this process was pioneered in Brazil 20 years ago and when done right, it’s a process that produces some of the best coffee in the world and our Brazil Peaberry is right up there contending for the number one spot.

Being a lighter roast, this coffee excels in brew methods that offer a longer extraction time as opposed to an espresso. From V60 to Aeropress, automatic drip filter, chemex or cafetiere Brazil Peaberry is a sure-fire winner for those looking to brew a coffee with deep complex flavours.

Our Kenya Peaberry has been one of our most consistent and popular coffees, beginning life in the Nyamira county, this mighty fine bean is grown on farms that form part of the Iyego Coffee Growers Cooperative Society.

Produced by small-scale farmers, this Kenya Peaberry on offer is picked and processed at each wet mill before being gathered and dry milled where it is graded, hulled and bagged for transport. Processing in Kenya includes pulping the beans and transporting through sorting channels that grade the beans via density. These beans are then fermented and after fermentation is done, washed and soaked for a further 24 hours. This process is thought to develop amino acids and gift the coffee with an added clarity and complexity.

Similar in roast profile to the Brazil Peaberry, this coffee also produces a delicious cup when brewed using longer extraction times although the grind size will vary due to the slightly different density of the Kenya beans.

Peaberry coffee is a rare type of coffee bean that has two beans inside the same cherry. They are smaller and have more flavour than other types of coffee beans, which means they are often considered to be higher quality in general. If you’re looking for an upgrade, try peaberry!

Peaberry coffee beans are the result of a mutated or “freak” bean that was created during harvesting. These single-bean mutations produce more flavour and acidity in the cup. The process is popular among high end roasters who want to create an exclusive product with unique flavours not found anywhere else on the market.

If you’ve been looking for something different, peaberry might be just what you were looking for.