Home / Our Blog / Types of coffee beans and their characteristics (Arabica, Robusta, Liberica)

Types of coffee beans and their characteristics (Arabica, Robusta, Liberica) 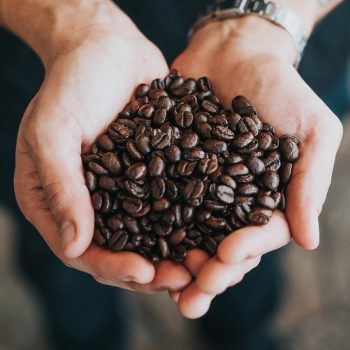 In this guide you are going to find a detailed breakdown of the three main types of coffee beans, including:

You will also find insight into their different varietals, where you can find them on the market today and their flavour profiles so you can find out which one is best suited to you.

But first, here’s an introduction into where the beans come from…

What are the different types of coffee?

In short, there are 3 main types; Arabica, Robusta, Liberica, but…

It gets a lot more complicated than that. Before I get into explaining these 3 types, I need to briefly explain the classification of the coffee plant.

It sounds very scientific (well, it is), but this is just a brief overview to give you a little more insight into where the coffee plant comes from. I’ll also give a simple explanation of what each term means…

What plant do coffee beans come from?

Here is a breakdown of coffee taxonomy from the USDA:

Domain: Eukaryota – An organism that has cells with a nucleus enclosed in the membrane.

Now you know where the terms ‘Arabica’, ‘Robusta’ and ‘Liberica’ come from, let’s delve into how these coffees are different and where they have come from…

What is Arabica coffee?

Most of us associate Arabica with high quality deliciousness.

In fact, it’s so popular that it makes up around 60 – 70% of the world’s total consumption.

Are we correct in placing all our trust in these mysterious beans? Are they the superior bean? Here are the facts…

Where does Arabica come from?

Arabica, also known as coffea arabica or Arabian coffee is believed to be the first species of coffee cultivated. This would have been during the 11th century in Ethiopia.

It is so popular because of its delicious taste. In the flavour profile you may notice sweetness with hints of caramel, nuts and chocolate. Some blends have a fruitier profile, with flavours of berries.

The type of acidity depends on the growing conditions, but many coffee connoisseurs favour Arabica for a pleasant acidity.

What are the varietals of Arabica coffee?

Arabica has the most varietals (at least 40), so I won’t go into detail for every single one.

Instead, here are some of the most well-known varietals that you have probably tasted. Browse the shop section to see which products we offer in each varietal:

Now you’re familiar with the most popular type of bean, let’s discuss the second most popular…

What is Robusta coffee?

The world’s second contender for their routinely cup of coffee, Robusta, also known as Coffea canephora. It makes up around 30% of total production, so is a strong runner up for the populations favourite.

Where does Robusta come from?

Robusta grows at a much lower altitude than Arabica, usually at around 0 – 800 metres above sea level. It is difficult to say when specifically the Robusta plant was discovered as there isn’t enough evidence.

Although, researchers did find that French colonists introduced it to Vietnam in the late 19th century. Today, it is primarily grown in Indonesia and Africa.

Whilst Arabica is sweeter and softer, Robusta has a stronger and slightly harsher taste. It is also described to have a peanutty after taste.

Robusta has almost double the amount of caffeine that Arabica has, which is why those who prefer a very strong, dark and powerful cup may prefer it.

What are the varietals of Robusta coffee?

There are much fewer varietals of Robusta beans due to the lack of demand. There are also many which are part Arabica and part Robusta, these are called hybrids. Some of the main varietals include:

And finally, the third main type of coffee bean…

What is Liberica coffee?

Accounting for just 2% of the world’s coffee consumption, Liberica is a rare type of bean that is often unheard of. It is a ‘heirloom’ species, which is a common term used in Western countries, or it’s also referred to as ‘heritage variety’ in Australia.

Liberica has come close to extinction many times in the past, which is why its quantities are limited and price tag expensive.

Where does Liberica come from?

Wikipedia tells us that Liberica was introduced to Batangas in the Philippines in the late 19th century. Its duty was to revive the country’s production after the coffee rust disease killed the Arabica plants.

Today, Liberica is still grown in Batangas, as well as:

Out of all the types of coffee plants, Liberica produces the biggest beans. The flavour profile is unique, and is described as smoky, nutty, floral with hints of dark chocolate, ripe berry and spice.

It is favoured for its smooth aftertaste and lingering taste of rich dark chocolate.

What are the varietals of Liberica coffee?

As the production of Liberica is so scarce, the varietals are limited and not well known amongst the wider coffee community.

The most popular varietal of Liberica is Kapeng barako, also known as barako coffee in English. The first Barako tree was grown in Brazil, however it now resides in the Philippines. It is favoured for its strong flavour and pungent aroma. Other than being used for beverages, Barako is also used as a body scrub in local spas.

Discovering the history of coffee around the world…

The world of coffee is developing rapidly by the second, which can make it difficult for online resources to keep up with the latest discoveries.

Learning about coffee species and their history is fascinating, and at Adams + Russell we use our own expert knowledge and other resources to answer your questions and give you a better understanding of this intriguing industry.

We work hard to make sure our educational information is regularly updated, but if you have an insight to offer or a suggestion to improve our resources, we’d be more than happy to hear your feedback in the comments.