Home / Our Blog / How Much Caffeine is in Decaf Tea?

How Much Caffeine is in Decaf Tea? 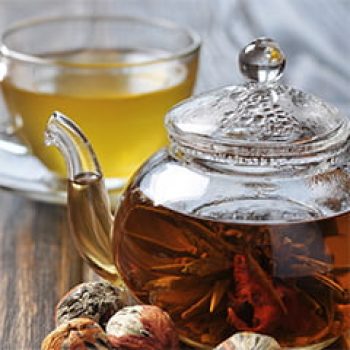 Caffeine is a natural stimulant that affects your brain and nervous system. It stimulates, meaning it gives you energy, makes you more alert and prevents tiredness.

It is most commonly found in tea, coffee beans and cacao plants and was discovered in 1819 by a physician named Friedlieb Ferdinand Runge.

It is consumed by billions around the world each morning, but why? Can you truly be addicted to it? Is it bad for you? In this article we will cover all of these questions and more.

How does Caffeine affect your body?

When you consume caffeine it gets absorbed into your bloodstream pretty quickly.

It is labelled a psychoactive drug because it mainly affects your brain, although it can travel to the liver and be broken there.

It works in your brain by blocking a neurotransmitter called adenosine, which normally relaxes the brain and makes you feel tired. This is why drinking it makes you so alert and stops you from feeling tired.

Ever wondered why you feel more and more tired throughout the day? This is the adenosine building up in your brain.

Caffeine has also been shown to ‘increase blood adrenaline levels and increase brain activity of the neurotransmitters dopamine and norepinephrine’, according to Healthline.

A quick search in Google tells us, it is ‘(of coffee or tea) having had most or all of the caffeine removed.’

A big misconception of decaf drinks is that they contain zero caffeine. Most still actually contain a very small amount, even after they go through the decaffeination process.

Decaf is great for those who are overly sensitive to the drug, or if you enjoy a tea or decaf coffee in the evening.

Any type of tea can be decaffeinated, here’s how:

How is Caffeine Removed from Tea?

Premium Tea has a more in-depth explanation, but below we will break each one down into simple terms.

This method is favoured because it is seen as the best method for maintaining the original flavour.

This process is the same as Methylene Chloride, however Ethyl Acetate is a little more difficult to remove afterwards.

This is the best and most natural way to retain the flavour while decaffeinating.

This method is more popular for coffee decaffeination.

Is Caffeine Good for You?

The big question on everyone’s mind. It is a constant debate as to whether the benefits outweigh the negatives.

Caffeine Informer has some really useful tools like calculating your caffeine intake and it gives a detailed list of the pros and cons.

Here we have picked out a few major points, so you can decide yourself whether you think it is good for you.

As you can see the advantages and disadvantages are fairly balanced and we would say it is completely down to the individual.

Caffeine is neither good or bad, it just depends on your personal needs and preferences.

For most, when consumed in moderation, it is perfectly fine for your brain and body.

Although a lot of people might not realise, decaf and naturally caffeine free teas are two completely different things.

Firstly, decaf tea still contains a very small amount of caffeine. It also has to go through one of the four decaffeination processes that were explained previously.

Decaf is a tea that originally did contain caffeine, but it has been deliberately removed.

Whereas naturally caffeine free is a whole other story.

Naturally caffeine free teas are ones that don’t contain any caffeine. Some teas just grow without any in them, so no need for decaffeination.

It is called ‘natural’ because these types of teas don’t have to go through any removal process.

Some people prefer naturally caffeine free as no chemicals are involved. However, some prefer decaf as there can be a lot more choice.

Only a selected amount of teas are naturally free of caffeine, whereas any tea can be decaffeinated.

Whether you have decided to opt for decaf of naturally caffeine free, we have great options for you. Here is what we offer at Adams and Russell:

This fragrant, delicate, floral infusion has so many benefits. Chamomile tea has traditionally been used to help you relax, boost your immune system and cure a multitude of physical and emotional health concerns.

It is naturally caffeine free and has no added sugar.

Your classic breakfast tea, just without the caffeine. A neat black Ceylon leaf. Bright liquor with a well balanced character.

Bright, bold and fruity with flavours of Hibiscus, Rosehip, Apple Pieces and Orange Peels. This infusion is naturally caffeine free and a delicious unique beverage.

An invigorating and refreshing herbal brew. This mint tea is great for your digestive system and is naturally caffeine free.

Sweet and rich with characteristics of clove and orange. This tea has excellent anti-oxidants properties and is naturally caffeine free.

There is still not a lot of certainty around drinking caffeine during pregnancy. This is because experiments can’t be taken out as it is unethical to give pregnant women an unknown drug which could cause complications.

It is recommended to limit your intake while pregnant.

But, by how much?

The American College of Obstetricians and Gynecologists tells us that intake should be limited to less than 200 milligrams a day, which is about one 11 ounce cup of coffee.

When you drink caffeine whilst pregnant, it crosses the placenta and goes into the baby’s bloodstream.

Your body can get rid of caffeine; however your baby’s body is still developing. It will take a lot longer for them to process it, meaning that they are exposed to the effects of it for a lot longer.