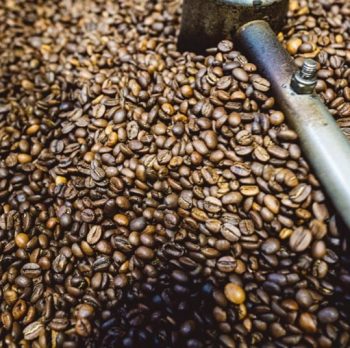 A country so full of life holds within it the highest density of coffee plantations and have exported more than any country over the last 150 years.

Somewhere along your caffeine journey, you would have surely tasted the sweet, rich flavour that is Brazilian coffee.

The History of Brazilian Coffee

Since its introduction in the mid-1700’s coffee in Brazil has always thrived.

Its most prominent growth was not until one hundred years later when the supply outweighed its domestic consumption and both Arabica and Robusta were traded around the globe.

Like with most large exporters, Brazils production declined during the economic crash and the reshuffling of how plantations were ethically operated.

This then stabilised after the International Coffee Agreement was signed, and Brazil’s production dramatically amped up. The sheer amount of Brazilian coffee available has meant that the country can directly impact the global market.

This dominance that Brazil holds on the coffee market has had one major negative impact – that Brazilian coffee will always value its quantity over quality.

I can comfortably tell you that that fact is wrong – Brazil offers some of the smoothest tasting Arabicas and a whole host of smaller plantation crops have been some of our favourites to drink in our roasting house.

Why is Brazil good for coffee production?

Much of Brazil’s coffee plantation undergo very industrialised farming practices in which the coffee is strip picked.

This method places quantity as the priority and many beans are picked before they reach their peak ripeness.

More modern, small-scale ‘fazendas’ now focus more on handpicking beans to ensure maximum flavour can be reached in the cup.

These smaller plantations have innovated Brazil’s coffee production, and this is the main way Brazil has adapted to the industry changes and are now much higher quality.

Another common practice is the natural process – where coffee cherries are dried with their pulp still intact.

This reduces water consumption at the milling station and can provide a very sweet tasting brew. This swiftly became the norm for large plantations through the years and is responsible for Brazilian coffee being known for its low acidity.

The lower altitudes of the Brazilian hills do limit the overall variety of flavour but having a consistency of flavour is, of course, an advantage. For this reason, its availability and stable flavour mean that Brazilian coffee is often the base for many blends (we have recently used it as a base for our Navio Espresso Blend).

Further flavours and traits are then built on this base to produce a blend that ticks all boxes for an espresso. Our roasting house currently roasts three coffees from Brazil.

Brazil Ipanema is a pulped-natural coffee from Minas Gerais, Brazil’s largest agricultural state. It has a wonderful low acidity combined with some citrus notes that produce an exquisite, complex flavour.

Alternatively, you can try Fazenda Sertão (which translates as backcountry farm), this coffee is a Peaberry meaning that only one seed forms inside the cherry, resulting in more flavour per bean. This coffee is washed so features a slightly higher acidity than normal for Brazilian coffee and has a lovely, creamy, toffee flavour.

Recently, smaller plantations in Brazil have tried to escape the ‘quantity over quality’ battle and began producing more unique varieties that in much smaller yields that have attracted the attention of many roasters worldwide.

When organisations such as the SCA began promoting speciality coffee, it wasn’t long before Brazil began creating micro-lot coffee that generated high cupping scores such as the ones mentioned above.

High-quality Brazilian coffee often has very good traceability, and much can be learnt about the plantation from the brokers including facts about the milling station, community and even plantation owner.

In comparison, most of Brazil’s coffee comes in sacks labelled ‘Santos’ as this is the main port in São Paolo that coffee is exported from. These coffees are from much larger plantations and are processed through the central coffee exchange (much like some Colombian coffees).

The coffees from all over the main agriculture states are mixed and are combined to create ‘Santos’ which is essentially a blend.

Although this is lower quality than the smaller plantation coffees, they still result in a rich, moreish taste and make up some of the best-selling coffees in Europe. Brazil Santos is our third and final coffee that exits our roasting house.

The Future of Brazilian Coffee

The future of Brazilian coffee lies in sustainability.

Global coffee consumption continues to rise and many of the plantations will have to adapt to continue creating the variety and amount of coffee available today. With much pressure already exerted on the Amazon, it is important that balancing supply and demand is achieved with the environment in mind.

Only through farm practices, political intervention and global awareness can Brazil’s coffee industry carry on as it has over the decades.